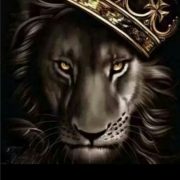 There was once a Chief with more than ten thousand goats, more than one hundred thousand cows and more than one million acres of land. He lived in a palace made of gold and precious stones and had many wives.

He was the happiest he could be but one thing he did not have was a heir. He knew if he did not leave a heir to inherit his kingdom, upon his death his fortune and his beautiful wives would perish.  He decided to find a heir among his people.

Thousands of children from across the kingdom came to the palace and were surprised when the Chief exclaimed that he was going to choose one of them.  He gave them all a seed.  They were to go home to their villages, plant the seed in a pot and tend it for a year.  When they returned after a year, the Chief would judge their efforts and choose his successor.

There was a boy named Modise who also received a seed and returned to his village.

His mother helped him to choose a pot and put some soil into it.

Modise watered his pot every day.

Once a week, the children of the village would get together to compare their plants.  After a few weeks, there were signs of life in all but Modise’s pot.

The weeks passed and Modise continued to water his pot every day.

After a few months, the pots really came to life.  Some had trees starting to grow, some had flowers and some had leafy shrubs.  Modise still had nothing growing in his pot, leading the other children to make fun of him.

Modise continued to water his pot every day.

A year passed and it was time to return to the palace to show what had grown and decide on the new heir.

Modise was very sad that his pot still showed no signs of life.  “What if they punish me?  They won’t know that I’ve watered it every day, they’ll think that I’m lazy.”

His mother explained that whatever the consequences were, he had to return and show the Chief his barren pot because those were the instructions given by the Chief.

Modise and the other children entered the palace gates and into the palace gardens.  By now, some of the plants were looking magnificent and the children were wondering which one the Chief would choose.

Modise was embarrassed as other children looked at his lifeless pot and whispered and pointed.

Suddenly they could hear the sounds of the palace trumpets announcing the arrival of the Chief.

The Chief came out and started to make his way through the crowd, looking at the many impressive trees, shrubs and flowers that were on display. Before him was a spectacular scenery of colors and rich, plump leaves. The children all puffed their chests out and tried to look as regal as possible, hoping that they would be chosen as the heir to the kingdom.

Finally the Chief came to Modise.  He looked at the pot then he looked at Modise.

“What happened here?”  He asked.

“I watered the pot every day, but nothing ever grew,”  Modise whispered.

The Chief was silent and moved on to the front of crowd.

He stood in front of the children and asked them all to sit down.

The Chief held up Modise’s pot for all to see and the other children laughed.

Then the Chief began to speak: “One year ago, I gave each one of you a seed. What you did not know was that each seed had been boiled and was a dead seed. It was absolutely impossible for any of them to grow. Modise is the only one who had courage and integrity. He did not substitute it with another seed like the rest of you did. Therefore, he has shown the values that I was looking for, courage, honesty and integrity.  Modise is my chosen heir and I know he will rule this kingdom with conscience.”

How to avoid the seven most common CV mistakes

5 Outrageously Creative CVs That Got Them Hired
Scroll to top