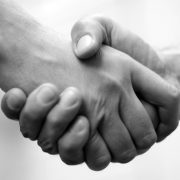 Why is integrity important in leadership?

Integrity In Business And How It Translates To Success

Whenever I hold a strategic planning session, the first value that all the executives agree on is integrity. Leaders know that honesty and integrity are the foundations of leadership. Leaders stand up for what they believe in.

For example, Jon Huntsman, Sr. is a multibillionaire who started a chemical company from scratch and grew it into a $12 billion enterprise. His book, Winners Never Cheat, is filled with stories taken from his own experience in which he steadfastly refused to compromise his principles. Huntsman says that integrity is the reason that he has been as successful as he is.

“There are no moral shortcuts in the game of business or life,” he writes. “There are, basically, three kinds of people, the unsuccessful, the temporarily successful, and those who become and remain successful. The difference is character.”

Great Leaders Never Compromise Their Honesty And Integrity By Cheating

There are many examples of temporary winners who won by cheating. For a number of years, Enron was cited as one of America’s most innovating and daring companies. The CEO of the company knew the most important people in the country, including the President of the United States. Except that Enron’s success was built on lies, and the “winners” who headed the company are case studies in lack of integrity.

Leaders with integrity may not be the most famous or flashy of leaders, and they don’t care. Integrity means doing the right thing because it is the right thing to do. And that’s what makes success.

Importance Of Integrity In Giving And Keeping Promises

Leaders keep their promises. They give promises carefully, even reluctantly, but once they have given that promise, they follow through on that promise without fail. And they always tell the truth.

Jack Welch calls it “candor.” He believes that if you are afraid of candor, then you don’t have the guts to be an effective leader. You are going to surround yourself with yes people who will say what you want to hear instead of saying the truth.

Leaders With Integrity Aren’t Afraid Of The Truth

Leaders with integrity is not afraid to face the truth. This is called the reality principle, or “seeing the world as it really is, not as you wish it to be.” It is perhaps the most important principle of leadership and dependent on integrity because it demands truthfulness and honesty. Many companies and organizations fail because they don’t follow the reality principle.

Integrity means telling the truth even if the truth is ugly. Better to be honest than to delude others, because then you are probably deluding yourself, too.

Leaders need to be courageous, but they also need to be open to the idea that they could be wrong. There are many leaders who eventually fail because they refuse to question their own assumptions or conclusions.

“Errant assumptions lie at the root of every failure.” – Alec Mackenzie

There’s a difference between being confident and blind. Let’s face it, in today’s world of rapid change, there is a possibility that you are partially wrong or even completely wrong. Maybe you are not wrong, but just opening yourself to to that possibility is going to make you a more effective leader because it will open your mind to new ideas or new thinking.

Thank you for reading my blog. Please comment below and share it with your friends. Do you have the habits of a successful leader? Click the button below to get my free report The Power of Habit.

Want to Become the Best at What You Do? Read this.

A Day in the Life of a Recruiter
Scroll to top