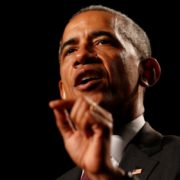 Within a few seconds of seeing someone — whether on a date or at the grocery store — we decide on numerous things about them, from how smart they are to how likely they are to commit a crime.

Surprisingly, our first impressions can be remarkably accurate in some instances. In others, they can be wildly off base.

Here are a few of the things we determine about people based on how they look.

Thanks to a phenomenon that social psychologists call “the halo effect,” we tend to assume that good-looking people possess other positive qualities aside from their looks, such as intelligence and commitment.

Daniel Hamermesh, a University of Texas at Austin psychologist who studies beauty in the workplace, found that, among other things, this cognitive bias means good-looking people tend to get paid more.

People can tell a surprising amount about your personality from your portrait.

In a 2009 study, researchers showed participants the photos of 123 undergrads from the University of Texas at Austin in which the undergrads either were told to have a neutral expression or were allowed to pose however they wanted.

In 2013, a group of psychologists, neuroscientists, and computer scientists from Europe and the US had a small group of participants look at portraits of 47 white men and 83 white women and evaluate them first on their height and next on their ability to lead.

The researchers found that people used factors in the photos like gender and face length to make guesses about people’s height and then used these same factors when they judged their leadership qualities. Faces that appeared to belong to taller people were rated as belonging to better leaders.

A small 2013 study by researchers at the Center for Behavior Change at the University College London suggested that men with higher testosterone levels were (not surprisingly) more likely to have wider faces and larger cheekbones. Men with these facial features also tended to have more aggressive or status-driven personalities.

In a 2015 study, scientists showed people photos of 10 different people with five different facial expressions and then asked them to rate how friendly, trustworthy, or strong the photographed person appeared.

It’s unclear why some of us appear more trustworthy than others, but this quality may have life-changing consequences. Researchers from Israel and the UK had volunteers look at photos of men and women that had been randomly selected from two photo databases and rate the emotional state, personality traits, and criminal appearance of the people pictured. The first set of photos came from a police mugshot database; the second were controlled photos in which actors had been told to look happy, neutral, or angry.

Regardless of where the photos had come from, people who were rated less trustworthy and more dominant also tended to be seen as criminals. In the controlled photos, angry faces were seen as the most criminal.

For a 2015 study, a pair of University of Toronto psychologists collected photos of real inmates who were, at the time, incarcerated by the Florida Department of Corrections after having been sentenced for first-degree murder. Roughly half were serving life sentences; the other half were awaiting execution.

Then the researchers had a group of participants look at the photos and rate the trustworthiness of the faces pictured on a scale from 1 (not at all trustworthy) to 8 (very trustworthy). Those who were rated as less trustworthy were more likely to be sentenced to death than those who looked more trustworthy.

In the second part of that study, participants looked at photos of people previously convicted of murder but subsequently exonerated, usually on the basis of DNA evidence. In a disturbing twist, people who were rated less trustworthy were still more likely to have been sentenced to death, even though they were later found not guilty. “Facial appearance affects real-world criminal sentencing independently of actual guilt,” the researchers wrote in their paper.

Pruney skin can reveal more than just age — it may also tell us something about how our hearts are doing. A 2012 study compared the number of wrinkles on the faces and upper inner arms of a group of 261 people with long-lived parents to a random group of 253 people the same age. Women with the lowest risk of heart disease were described as looking more than two years younger than their age compared with those with the highest risk of heart disease.

Honesty test: lack of integrity is bad for the economy, scientists conclude
Scroll to top