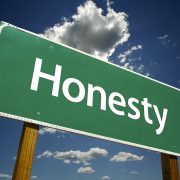 An integrity study conducted by Essex University has suggested that an erosion of trust between people can have economic as well as social consequences.

According to the report’s author, Professor Paul Whiteley, an increase in dishonesty is usually accompanied by an economic downturn.

He writes: “Trust is important because it allows individuals to move beyond their own immediate family or communities and engage in co-operative activities with strangers. High level of trust in society help to save on what economists call transaction costs – the price people pay for doing business.

“In a trusting society these costs are likely to be small, since if people give their word that they will do something then generally they can be expected to deliver on that promise. There is no need to draw up elaborate legal contracts to enforce agreements.

“In a non-trusting society, however, things are different and enforcement mechanisms such as formal contracts and courts are required to ensure compliance, and these all make the costs of doing business higher. Clearly, integrity is essential to the building of trust.

“Empirical research suggests that societies in which trust and integrity are strong perform much better on a range of economic and political indicators than societies where they are weak.”

He adds: “The corollary of this is that low trust brings pathologies, such as poverty, crime, ill health and unemployment. More recent research shows that trust is equally important in Britain. So a lack of integrity has serious consequences for our society.

“This highlights the need to research integrity and its apparent decline over time. It raises many important issues such as how do people actually define dishonesty? Can individuals genuinely disagree about what honest means in practice? Is honesty all of a piece or is it compartmentalised in people’s lives? –

“In other words can they be honest in one context and dishonest in another?

“How in practice does a lack of integrity influence business, social life and other aspects of society? These and a host of related questions will be subjects for further research in the future.”

A. Avoiding paying the fare on public transport.

B. Cheating on taxes if you have a chance.

D. Keeping money you found in the street.

E. Lying in your own interests.

F. Not reporting accidental damage you have done to a parked car.

G. Throwing away litter in a public place.

H. Driving under the influence of alcohol.

I. Making up a job application.

J. Buying something you know is stolen.

11 surprising things that your physical appearance says about you

Want to Become the Best at What You Do? Read this.
Scroll to top